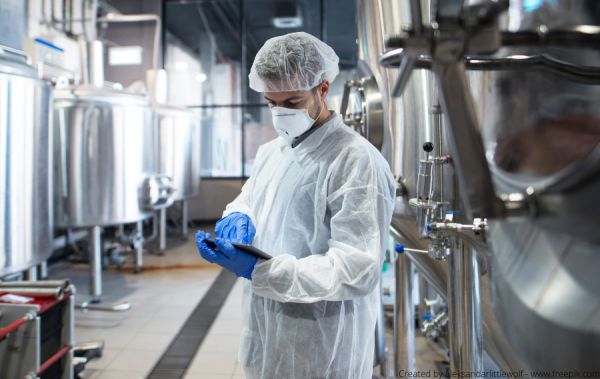 Are IT systems worth investing in? What is ROI and why companies tend to ask about it while preparing themselves for investments? When may the effects of technological changes become noticeable? KORSOL answers the most frequently asked questions about spending money on IT products.

What does the ROI abbreviation mean?

ROI – is an acronym, developed to the full term: “Return of Investment”. It is usually used to measure the profitability of projects through counting the time in which the profits “are working” to repay the costs of implementation. Through that, we are able to compare the effectiveness of the introduced methods and the speed of the effects.

Are IT systems profitable?

While conducting negotiations with a client and preparing for implementation, almost every time we hear the question: ‘Are traceability and production monitoring really cost-effective?’ Company owners are already aware that sooner or later they will have to employ IT systems of some sort to control the production more precisely, since the law requires it. What is more, we know that the provisions of food safety will become more and more strict in this matter. As a consequence, the entrepreneurs HAVE TO introduce systems such as TraceON, while the real problem is that they do not necessarily WANT it.

Why is that so? Because nobody talks about financial advantages of traceability to be implemented in the company. This is why we tend to hear questions such as: “Is the investment going to pay off?” We are certain that if companies were informed about traceability profits instead of being threatened with legal consequences, everybody would already have full traceability chain implemented within the production.

Our answer is then: the implementation of IT systems which support production monitoring proves extremely profitable. The investment in devices and software can become beneficial both immediately and in a long run. Some of the profits may be calculated only after some time of trial, however.

When are the effects visible?

Although not everything is fully visible on the spot, our clients usually notice an immediate change in better control of employee activity and more precise info for the sales department about the forecast freight in stock. As far as the agriculture is concerned, there always remains the risk of food becoming inedible, e.g. as a consequence of bad weather, changing storage conditions, pests or parasites. The control of all production stages does not only minimize the necessity of the whole batch recall in case of finding discrepancies. It also informs the relevant departments in no time, that the quantity of goods ready to sell is decreasing.

When it comes to the abovementioned cases of freight recall: IT systems of traceability may be the remedy for the everlasting problem of recalling whole batches instead of e.g. a couple of packages. When the food or its components goes off, gets contaminated or has any other defect – usually it must be simply utilised. Unless the company has traceability implemented or marks the smallest units such as cartons, pallets or boxes, it has no clue which part of the freight sent to the client proved faulty. In such a case the producer must recall everything and throw out huge amounts of full-worth products. This causes great waste, which is greatly criticized by and in the process of eradication by ecological organizations and by governments.

When do the costs of system pay off?

Systems such as TraceON prevent those situations, because the producer gains very precise data about the origins and the way of the given batch, so they are able to single out the faulty products. This may minimalize the costs in large scale. In case of bigger supplies – one such situation is enough for TraceON to be paid off due to loss minimalization.

Right now, one shouldn’t worry about costs of IT system purchase and try to calculate if the company can bear this kind of spending. There have been more and more initiatives of financial help for entrepreneurs so as to develop digitalization and automation. Poland has applied for donations from European Union to the matters of market restoration. We know then, that both Polish and European authorities are working towards supporting companies and developing traceability.

Another important Polish project is Projekt Paszportyzacji Polskiej Żywności manager by KOWR – national organization for agricultural support. Our authorities are soon going to launch tests o new software, which will later help food producers in traceability implementation, shortening supply chains and enhancing control of different parameters. We observe with great interest the decisions of national organizations, to always keep track of the following stages of the project. These days it involves only pork, beef and potato production sectors, however the positive outcome of the tests will possibly lead way to project development. One thing is certain: the commercial digitalization trend is rocketing and cannot be stopped in times of various news associated with contaminated or spoiled food. Being prepared before the new legal regulations come into effect might prevent you from fines and help your company receive positive opinions of inspection authorities.

What are the factors of investment profitability?

Proper calculation of product’s return of investment depends on the client and implementation intensity. If the owner approaches the project with full seriousness and makes sure the new system is used well, the payoff takes only a couple of months. Employees get used to new methods and their efficiency rises due to numerous facilitations. A well-implemented production control enables one to spot the difference very fast in terms of financial losses decrease in the monthly or annual scale. It is advisable for the producer to observe budget statements, since it enables them to measure each month the profitability of the new IT system. Depending on the purchased traceability function (e.g. control of actions on products, freight route, storage conditions) the profits rise or loses drop. Anyway, waiting for payoff usually lasts a couple of months. The differences stem from the scale of company’s problems, established goal, sales returns, freight quantity, employees, trade partners, supply chain length… The number of factors is quite long apparently, however the profitability cannot be calculated only basing on statistics.

Does traceability affect only the production?

There are many more “soft” aspects of company activity which may be largely facilitated through traceability. Above all, the employees’ responsibilities change. Traceability means not only control but also automatization of many tasks, which eliminates multiple unnecessary actions. Effectiveness rises, because the workers do not need to spend much time on e.g. recording fulfilled tasks, reporting scans, rewriting data from production to the company’s ERP. These are only part of what traceability can offer, but already relieve the staff from many responsibilities. This way they can focus on more important tasks which in turn makes it easier to meet goals and rises the quality of work.

Another benefit, not necessarily connected to the production technique is brand prestige. Every day and every time the company inspects itself, checking online: production parameters, freight location, storage conditions, production techniques, time of movement etc. This means valuable information for the customer who knows almost everything about the goods, as for every pallet or box. It is also a fact worth boasting about, in order to rise company’s recognizability and great occasion to advertise.

However the following advantages are not easy to measure, they actually lead to the real development of companies and higher incomes following it. The investment payoff also becomes clearly visible after some time. In case of “soft” advantages ROI requires a bit longer time of waiting, although it does not diminish the positive financial consequences.

Are there any long-term benefits from control development?

Return of Investment, as an important element of every business venture, is often taken into consideration these days and companies really try to estimate it. As for traceability systems, the more scrupulously it is implemented, the faster the return comes. The payoff is also well-visible in those companies, which success depends solely on the production control level. Some aspects of enterprise activity (e.g. complaint and returns department) record an immediate drop of losses (possibility of proving the groundlessness of complaints). Other activities, such as worktime registration, require a couple of months for the company and workers to “switch” to the new working style. In spite of the time waiting for results, it is worth considering the implementation of traceability in one’s company. At least for the sake of strict regulations regarding production, quality control and safety.

See more about TraceON - the system for traceability, tailored to clients' needs.

Tweet
Udostępnij
More in this category: « Don’t give up on your know-how CRM advantages and disadvantages »

Call me
in business matters.

Call me if you want to implement
one of our products in your company.